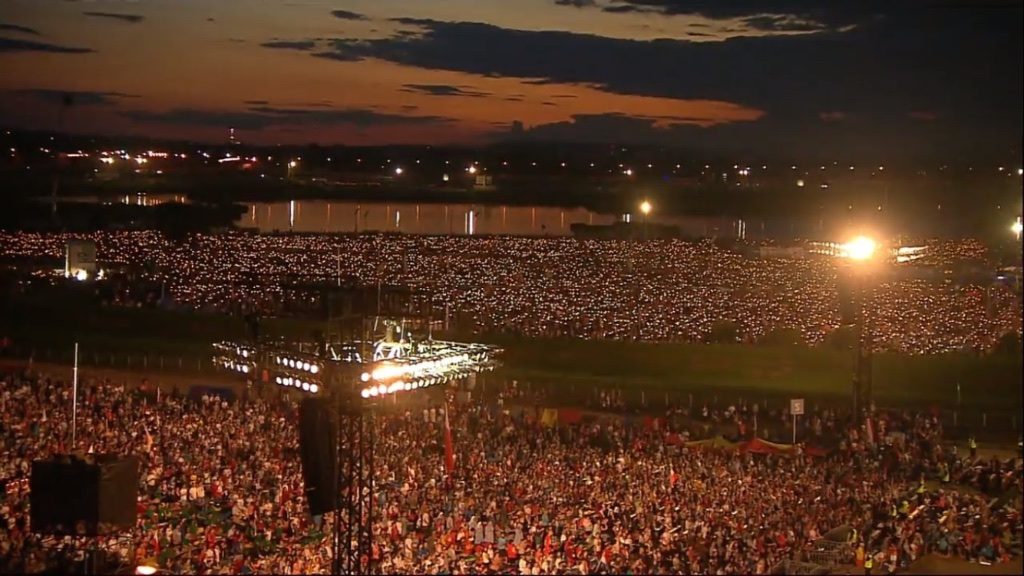 As far as the eye could see, the pilgrims were spread out across the vast Campus Misericordia – the location for the final events of World Youth Day where the Holy Father, Pope Francis led the Saturday evening Vigil. The powerful and exciting gospel number had subsided. 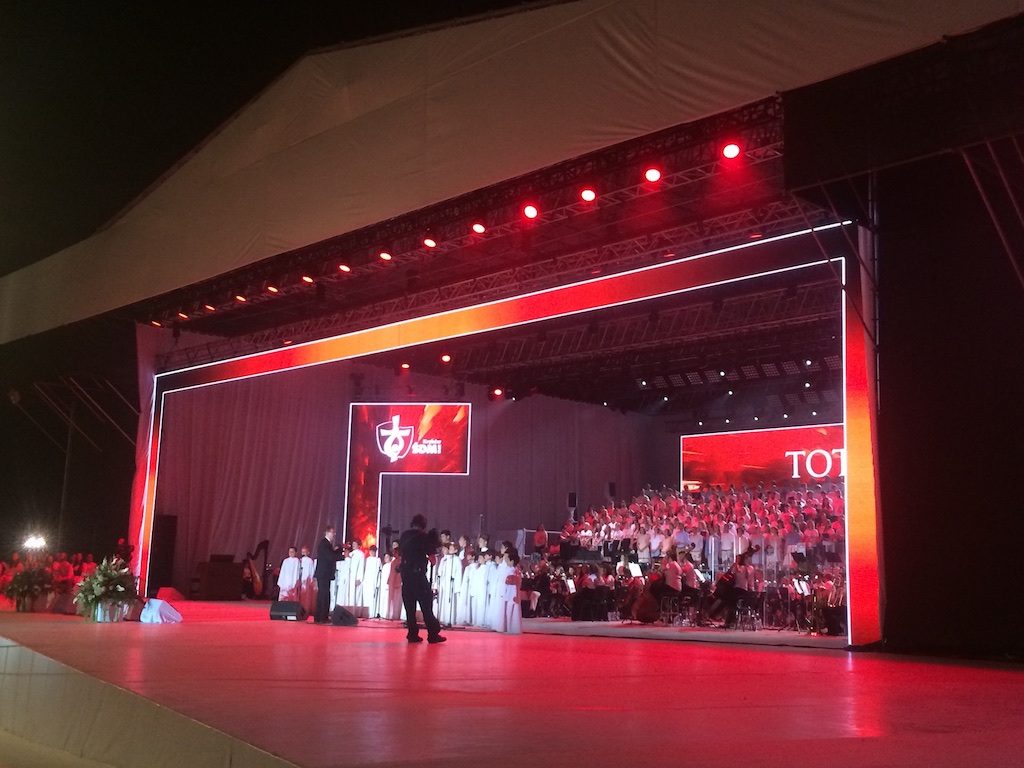 There was a moment of prayer and the vast crowd, reported to be in excess of 1.6 million in number, fell quiet. Then, in the stillness – unaccompanied – the lone voice of Alessandro rang out ‘I will lift up mine eyes to the hills’.  Gradually more Libera voices joined, then the strings of the orchestra blended in as ‘Total Praise’ built to its stirring final chord.

Over the years Libera has enjoyed some memorable moments. But this counted as the most extraordinary ever.

To have played a part in one of the greatest pilgrimages on the planet, and to sing for, and take our place amongst, such special people from virtually every country in the world – bustling, enthusiastic, welcoming, devout, happy, exuberant and excited – was a special honour.

Singing for the Vigil congregation was but one of 3 appearances Libera made during the 6 days of World Youth Day. The boys performed full concerts to a lively audience in St Casimir’s church, and then the following day, to a massive high spirited and enthusiastic crowd (despite the rain) in the central market square of Krakow. 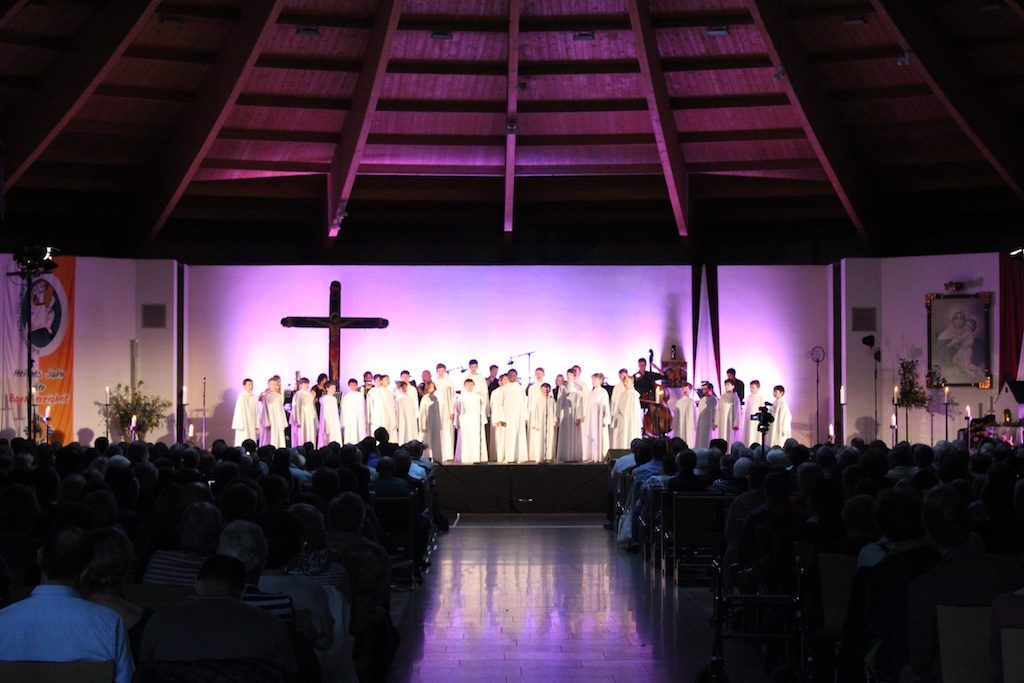 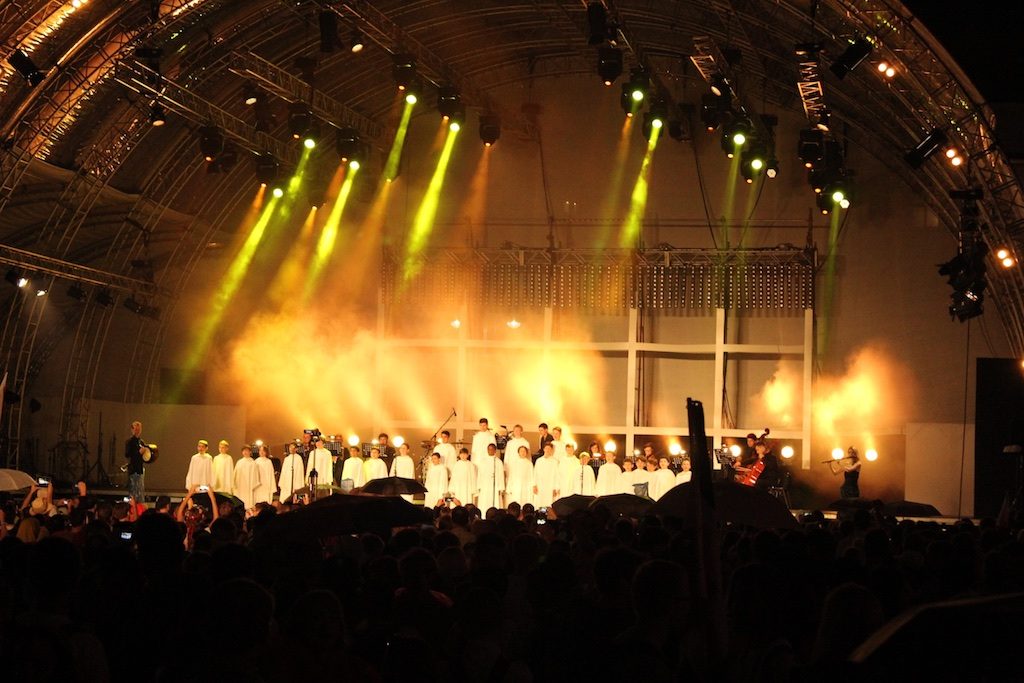 From one place of pilgrimage to another, we moved for the next week to Vollendar near Koblenz in Germany where we were hosted by the good sisters of the worldwide movement known internationally as Schoenstatt. Another warm audience of a thousand welcomed us in the Pilgims’ Church.

For more, much more, watch out for further installments of The Chronicles of Libera in Europe AD 2016 …….

Libera’s music spreads peace and joy to me. They are fantastic and Awesome. Love and peace to all the boys.

I love the description of your performance during the Vigil concert. And that proud face of Alessandro, pointing to the massive crowd behind the boys 🙂 This was such a memorable experience for all of them.

I’m looking forward to the following blogs – they promise to be a good read!

Sounds like a memorable performance and experience. Be cool to see a video at some point. Congratulations to all the boys and staff. We are very proud. Hope to see you in US in near future. God Bless! Tom

Thank you so much for sharing your experience in this great event. I do enjoy reading these blogs, and am happy that you share them. 🙂

Sounds like a very moving experience for everyone there. Libera is very fortunate to have been a part of it.
It will be fun to see future posts you make in your blog about this experience. If someone took some video shots it would be wonderful to see those too. Blessings to all!

Great description of this memorable event. Gives me goosebumps just reading it and brings back wonderful memories of this remarkable tour. Many thanks to all.