We arrived in Atlanta on Monday, quite late. We were invited to a house for dinner, which was very enjoyable. It was a traditional Georgian meal of chicken and dumplings, beans and mash, with peach cobbler, and it was delicious. We even had live music playing in the house from two guys playing on guitar and drums.

It was very kind of our hosts to look after us so well  The next day was concert day, and in the morning we stayed in the hotel relaxing, and watching films on the TVs in the rooms. The sound check in the afternoon was quite late, and there wasn’t a lot of time between us finishing the rehearsal and the doors opening, so we had to move swiftly. 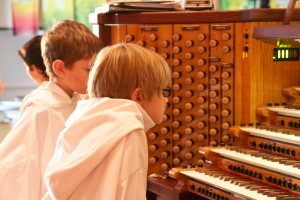 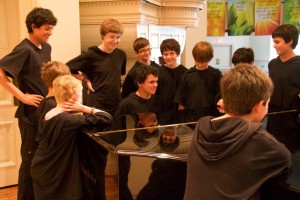 The church had some pretty cool keyboard instruments within. There was an organ with five manuals and an amazing array of stops, and they also had a beautiful Bösendorfer piano, which is extremely expensive (about a quarter of a million pounds if you’re willing!) and has an extra fifth at the bottom.

It was lovely to play. I suppose if I have that money in my wallet when I’m older I’ll buy one! Our final concert went very well, and the audience was pleased with it, as were we. It was good to see some familiar faces at the signing after the concert. It was quite sad that we were ending yet another tour, however we still had a few days left for sightseeing and fun, wearing our beloved white or black hooded T-shirts that draw attention to us everywhere. 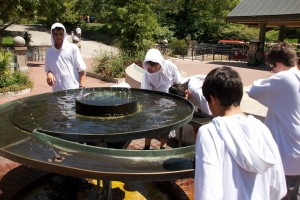 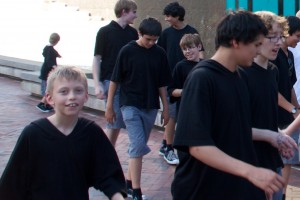 We had an amazing time on tour, and we’d love to come back to the States soon!

hi i ove libera i have many collection of the libera woohhhhooowww cant wait you come here in cebu!!!