Thursday the 30th July was the day we, Libera, left for our tour of some of the Southern states of the USA. As America is behind us in time, we managed to arrive in Dallas that very evening, which was rather useful, as we could fall asleep instantly; and rather comfortably, may I add, as the suites in this hotel were fantastic – fit for a king (although not an English one – George III take note). 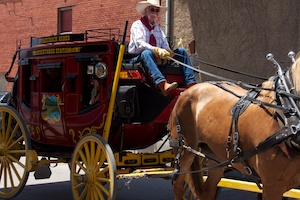 In our first state, Texas, we went into the centre of Fort Worth to see a cattle drive. It was just like in the movies. Dust, cowboys and wagons – I even said to one cowboy “howdy!” and he replied “howdy, partner!” How cool is that?! We later went to the nearest science museum, where there was a 4-D film showing the beginning of time right up to present day. It was really nasty when the dinosaur in the film roared, as spittle produced from the back of the seats in front of us was flung in our faces. Obviously, as dinosaurs no longer exist, it wasn’t real spittle, only water, but it was a real surprise. 4-D is really clever and very realistic! That same day, we went to the ranch of these very nice Texan people, who made us lovely Tex-Mex food, and we took a hayride around their estate to see their animals. The had llamas, moose – I think antelopes as well. They basically had a whole zoo on their land! It was awesome. They also let us use their pool, which was very nice of them. 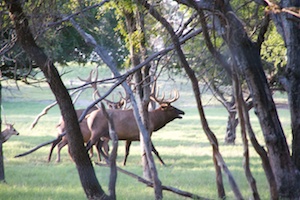 The Preston Hollow Presbyterian Church was really nice. It was really big, and completely white inside, so that if we stood against a wall in our robes, all that would have been visible would have been a head or hands! The service that we attended was different to the ones we normally sing at, but good different. Everyone was very welcoming, and there was a really pleasant atmosphere. We later did a concert in the same church, and that went rather well. I was surprised at how many fans there were from that part of the US! For lunch we went to another kind person’s house, where we had traditional American dishes, like burgers and hotdogs. It was really cool.A few of us started to play this game called Taboo, where you have to make the people on your team guess the thing you have been assigned to describe, without using certain words. It was really fun. 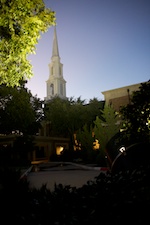 The next evening, we performed a concert in the Arborlawn United Methodist Church. That church was even bigger than the previous one, and this one was shaped a bit like the Church in The Simpsons! The start of this performance was really atmospheric, as we walked up in lines from the back of the church with our hoods up, so we looked like monks. There were also these air-con fans on the floor, and if we stood on top of them in our robes, it inflated them and made us look really fat. It was quite funny. We had a good load of people coming to this concert too, and they all seemed to really enjoy it. We were glad about that.