We had woken up, eaten some classic Japanese seafood for breakfast and jumped on the coach. A normal Libera morning but what was not normal about today was the fact that today we (us) would be going to UNIVERSAL STUDIOS! This was going to be amazing! But it was so much better than we had expected. A massive globe depicting the theme park logo. Anyways the second most notable thing was sound. And I don’t mean the music. No. I’m talking about the screaming, chattering and shouting that made our ears bleed. (Our ears have since recovered). We travelled through the park to see the main attraction, the Harry Potter Studio -and it was totes amaze. 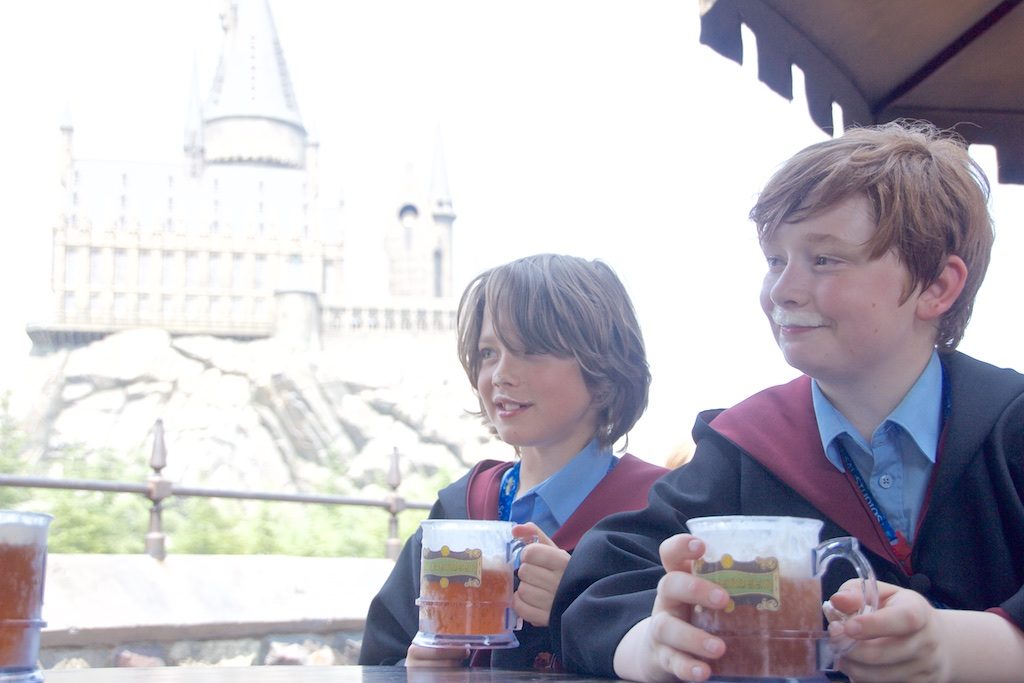 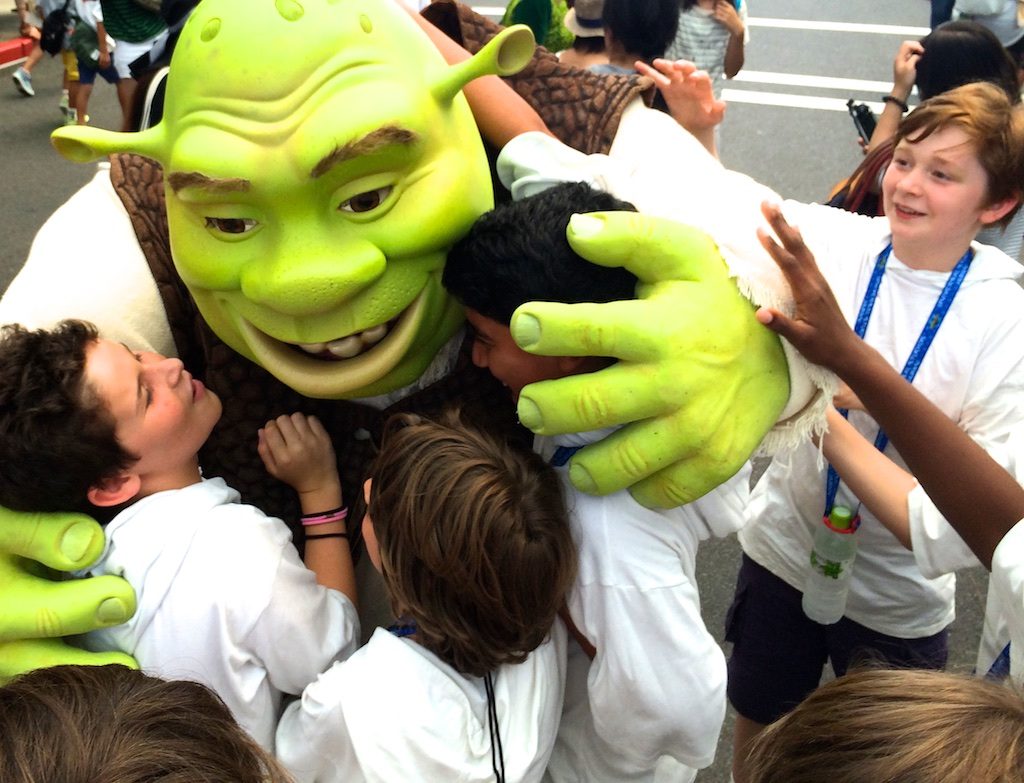 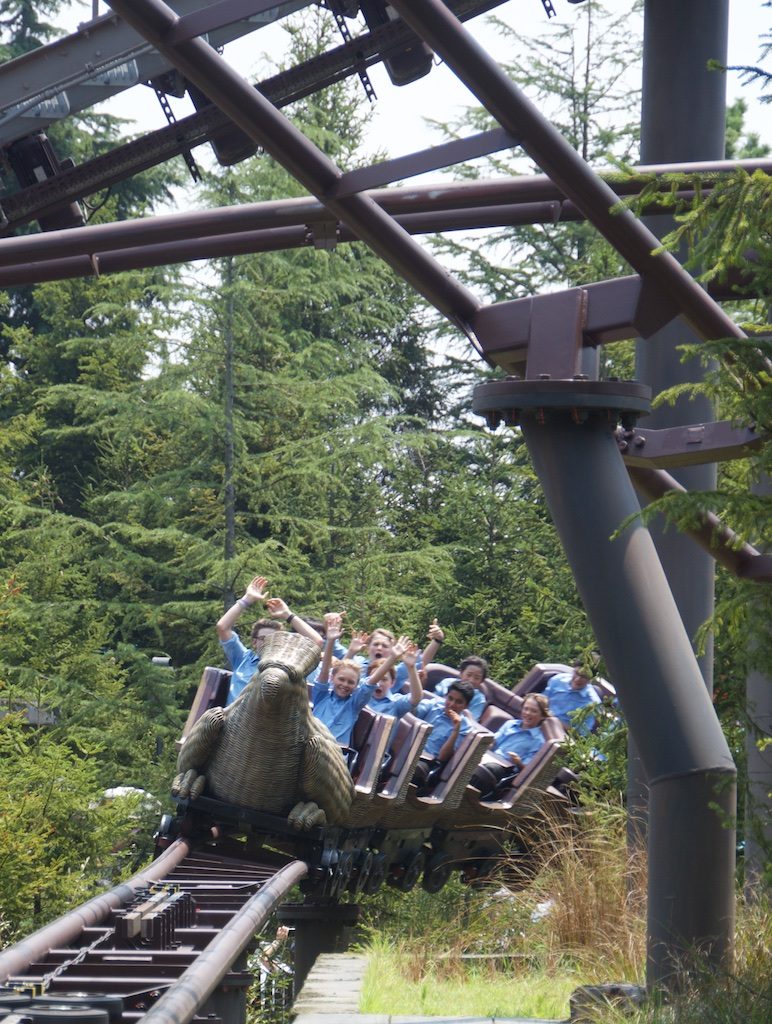 When we got there there was a sudden silence. Everyone stood still, the Harry Potter soundtrack was playing loudly and the scenes were breathtaking. The Lake was shining, the Hogwarts Castle stood proud on the hill and Hogsmeade was full of gleeful chatter. We were taken on a walkthrough and were given a tour, while being stalked by men holding cameras. It soon came to lunchtime and for lunch we re-lived the great feast, which was the welcoming meal for each of the first years at Hogwarts. After we had a rehearsal and headed back to a restaurant in the sky called ….. The Sky Buffer. So, a normal day for us Liberarians. 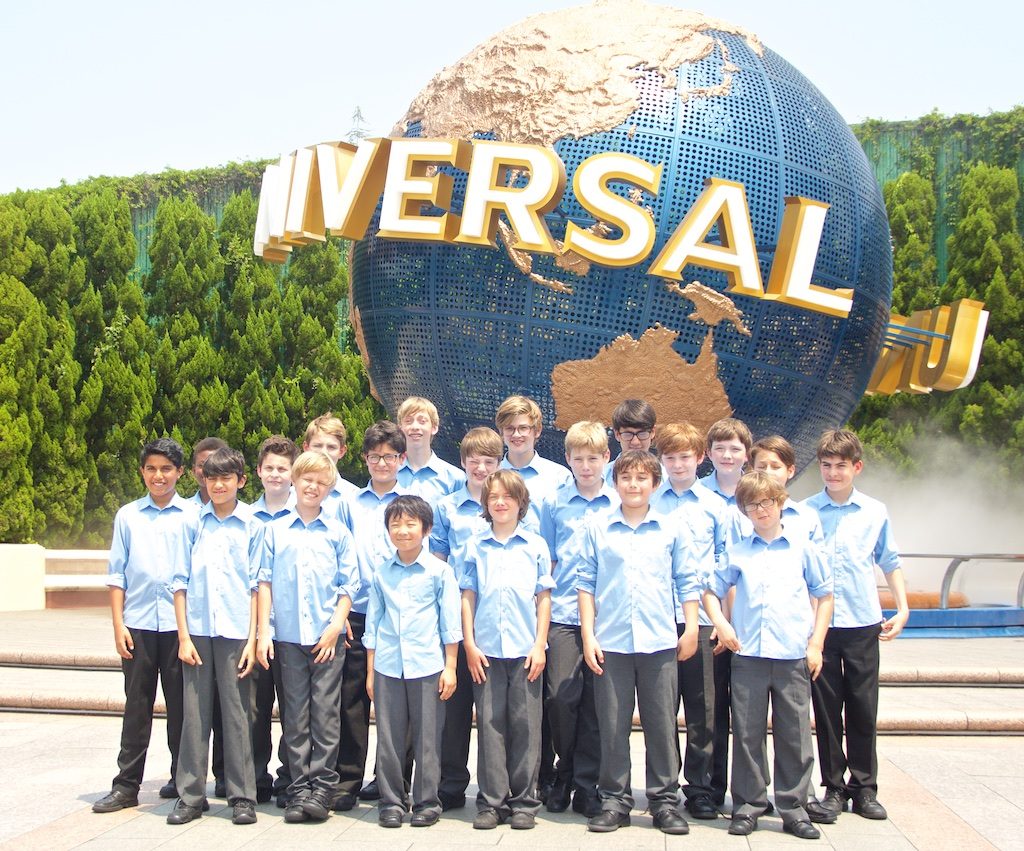 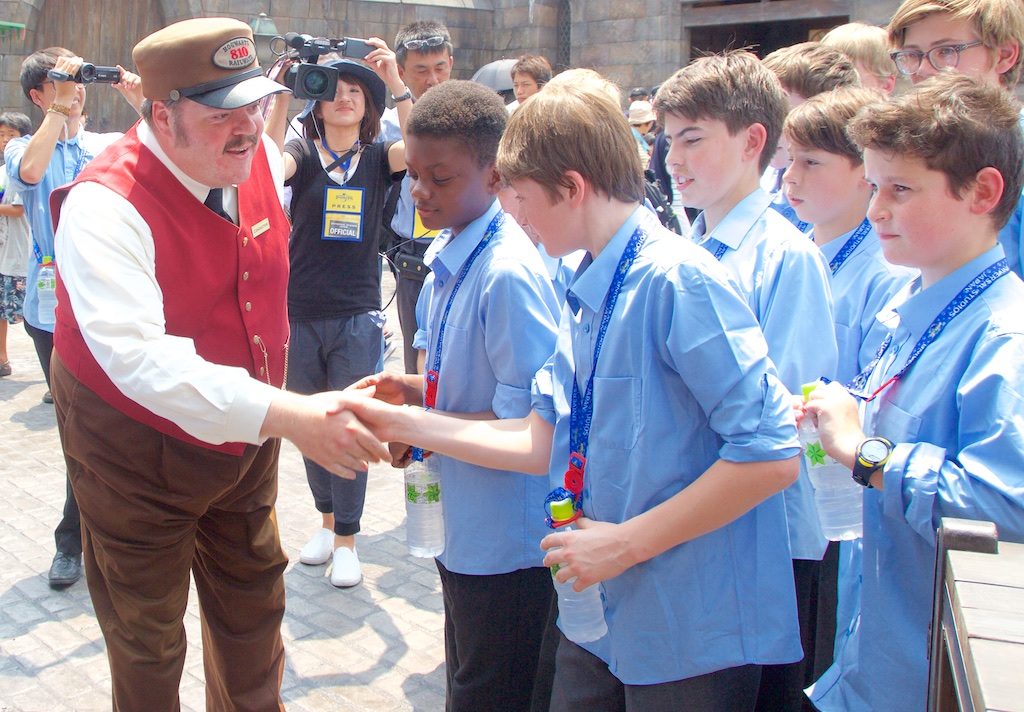 Next:
The Moscow Blog »
Previous:
« England

9 Comments on “Libera in Japan”

I’m a music teacher in the island of Puerto Rico. For my music appreciation class I used Libera music and videos for chorus unit. I would like to said that this group is a God gift for humanity. Thank you for bring to us this privilege with children music. They are angels… Thanks

May all the boys have a wonderful Christmas and a very Happy New Year!

I have a friend dying of cancer,your music is so relaxing for him, thanks ever so much, God bless you all

I like the song joyful joyful its one of my favorite songs. When I got on the internet YouTube your video was one I had just happened to click on. What a surprise to my eyes and ears. To me I was looking at the little peace of heaven that is on this earth. I had been in marching band and a church choir but never had I heard such a sweat sound.

Hi!!! I came across one of your videos on YouTube and I just want to say y’all sound awesome!!!! I’m a huge fan.

Oh goodness how do I get autographs and meet them and see them live?! I’ve never been a fan of anything really but this…is the most pure, undeniable talent I’ve ever come across!

Thank you for working so hard to produce such amazing music. I felt the holy spirit when I heard your last album. May god continue to bless you all.

Ive been following all of you on Youtube, and I also have some of your dvd’s . Now i’m finally getting to see you live in Houston, Texas on 3 August. This has been my dream, to see you perform live and in person.. You all are such an inspiration. God bless all of you.. ai can’t wait. Only 3 more weeks.